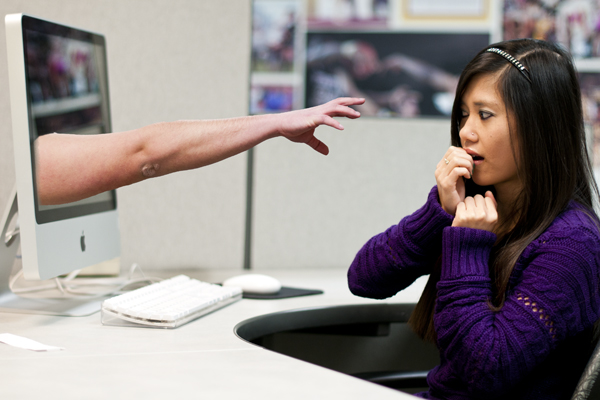 
Cyber stalking is yet another aggravating crime, which is done by an individual or may be group of people to grab attention of some online targeted users. Perhaps, teenagers are the evident targets for the stalkers.  You will be surprised to know the insane traits of different types of stalkers. Let’s know more about the stalkers type, so that you can safeguard your children from becoming a victim of cyber stalking.

Though there is no easy way to foresee who might become a stalker. It can be anyone with a revengeful or hatred feeling. Or some narcissist whose after your attention and admiration.   They tend to be between jobs and are smarter in destructive manner. Broadly, all the stalkers posses the below stated disorders within them.

It is important for parents to be aware of the stalker types, so that they can monitor their child’s smartphone. And save them from becoming the victim of any one of the types stated below.

Infatuation is a short-lived phase in every teen’s life! But for some this passion or admiration is just one-sided which takes a wild turn and becomes a love-obsessed hunter. This type of stalker denies to accept rejection in a relationship and keep fantasizing in their own world that he/she loves me too. Possibly, it could be a person from your past relationship. They just infiltrate your smartphone with text messages, emails, and calls endlessly to assault you. They are socially inept people whose insanity increases with time. It is best to avoid their presence whether offline or online.

This is one of the unpredictable stalkers types which builds slowly. Plausibly, you might have unknowingly said something to a casual friend sometime which may have offended him/her. A small argument may lead to hate messages, emails, threats of violence and even worse. It may sometimes happen without any reason because the insane stalker is just trying to get over his frustration while targeting you.

No wonder! Sometimes your phone might ring with a wrong number, but to your surprise that caller is stalking you. He/she might start a conversation with a simple sentence – “Hey! I like ur voice over phone. Can we be friends?” and thereafter your social media and inbox is loaded with messages. This is one of the most annoying activity that is done over internet to track down all your personal details. You might receive some degrading morphed pictures of yourself, or even phone calls at wee hours to mentally harass you.

Way Out To The Problem!

Stalkers live in their own elusive world and cannot be reasoned easily. Hence, your teens get horrified and panicky in these situations. It’s very common that kids especially don’t share their electronic social media problems with their parents.

Therefore, we suggest parents to monitor your children indirectly via cell phone monitoring app and find out the reason of their botheration. Track down all their text messages, emails, Facebook Messages, Instagram Messages, Snapchat Messages, IM messages.

Do let me know for any more help! Happy Parenting!

Also Read: How To Keep An Eye On Your Teens’ School Trip

WhatsApp Dangers: Every Parent Must Know