Things You Should Know About Dark Side of Social Media 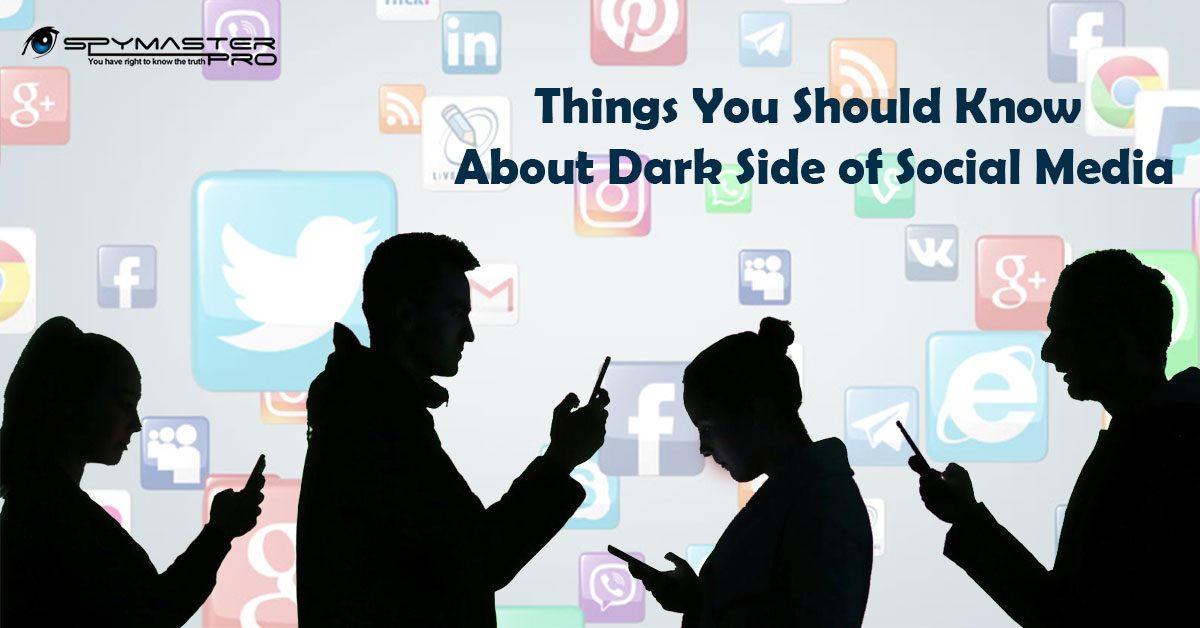 
Social networks have definitely changed the way people communicate and project their self-image to the world. There is a very positive side, such as the ability of these new media to provide forms of relationship that would have been almost impossible before, to disseminate skills and talents that would remain unknown and to create powerful networks of connection between groups that think in a similar way or fight for a cause.

On a personal level, social media can also wreak havoc, and these are not mere assumptions. There are already studies that prove this negative side, such as those made by Kaspersky Lab, specialized in cyber-security and strategic information. Among other compromising information, one survey says that virtually men are more deceiving than women. For example, in order to get “tanned”, 12% of people pretend to be in a place where they are not or doing something fake, and among men that number increases to 14%. Another discovery: 9% of men would publish their own photo without clothes, and only 5% of women would do so.

The male “weakness” on social media is manifested in other details: 24% of men and only 17% of women think they are unpopular when friends don’t like their posts; 14% of men would reveal a secret from a co-worker, and only 7% of women would do so, and 12% of men would disclose something shameful from a friend, compared to only 6% of women.

Another Kaspersky Lab survey of 16,700 people from different countries revealed that the habit of staying on social media for a long time can provoke negative emotions. According to the study, when people see their friends’ optimistic posts about travel and fun, they often have the feeling that others enjoy life better than they do, which causes frustration and envy.

No less than 59% of survey respondents said they already felt uncomfortable seeing posts from friends at a party to which they were not invited, and 45% said they had a negative feeling when seeing holiday photos of people they knew. What’s more, 37% admitted that, when reviewing their own old posts, they felt that the past was better than the present.

Here, we will explain some dark sides of social media so that we could know them and try to keep ourselves and our family safe from them.

1. Fakes – Fake Profiles that Cause Insecurity in the Network

The fake profiles have caused several problems during online interactivity. Usually, children and young people create these fake profiles. For this reason, the attribute of personalities does not match the truth, spreading content that attacks honor and ridicules the people using unauthorized images.

Fakes cause a cloudy sensation in the network. There will be a probability of falling into a trap, making possible some losses.

2. Pedophilia – One of the most Horrendous Crimes on the Internet

One of the main points that highlight the obscurity of social networks is the proliferation of pornography.

In a way even more sensitive, it has served as a fertile field for the spread of pedophilia. The pedophiles have used the internet to disseminate photos and images reciprocally encourage sexual practices with pre-pubertal minors, not merely to bring out their sick sexual fantasies, but also to spread a kind of pedophile philosophy. The WhatsApp Spy App is a great way to control pedophilia.

Spending so much time on social media could badly affect the mood. Actually, chronic users may get affected by anxiety and depression, and poor mental health.

Social media allows you to check the best images of other people’s lives while reminding the poor moments of your life. Comparing your life with others surely causes anxiety, and you can be a victim of depression with social media easily.

Before launching social media websites, bullying happened only directly before other people. But, now one can intimidate others on social media.

Today, social media websites have made it easy to talk with new people. It also lets bad people bully others effortlessly. For example, one can create talk to you with a fake profile and later he can deceive you online. Such online poor behavior may cause mental depression and even make you do suicide.

5. Fear of Missing Out

‘Fear of missing out’ is a kind of anxiety, may come to you when you think you are not getting a positive and fun experience over social media. For instance, you may continually check your posts and messages to see if anybody has responded.

Allowing the kids to use social media for only one hour daily is part of parental control guide to prevent ‘fear of missing out’.

Speaking about dark side of social media, there are also many other aspects, you can imagine, such as:

How to Prevent from Dark Side of Social Media

The dark side of social media can affect not only kids but also teens. But, the parents should try to monitor both. They should list the parental control guide highlighting what they can do to monitor their kids and teens. The WhatsApp Spy App is the best way to monitor them on both mobile and laptop.

Like with all things, there’re also some positive and negative aspects with social media. We have explained above about some of the negative dark side of social media.

If you think that social media is causing some negative impacts on your daily routine, quit. But, if you keep up, use your good sense to use social media for good reason and keep up your hobby in a good way.

How to Use WhatsApp Spy App in Android and iPhone?

How to Track Telegram Messages?

Do you find your kids browsing multiple apps...