Twitter Messenger: Tap it With Ease with Spy Software. 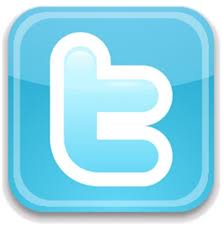 
As we all know that twitter being an important wing of social networking is quite popular. It keeps the people keep close & helps them to share their views over an issue or discussion. Seeing the popularity of this, phone manufacturing companies started locating it as an app on the screens of the phones. It has led the users simply to remain active & in touch with others through the same app.

But there are also serious considerations attached to the much usage of Twitter. As one may make use of it for the purposes which is not praiseworthy. One may make an account of twitter with a different id so as to keep the things hidden. What it will simply do is to create doubts in the minds of the people keeping concern with the users of such phone having twitter app tab on phone.

Thus in such situations, it becomes difficult to come across the id from which the twitter is being used. To help such a situation one may make use of mobile monitoring software. As it will track all the details of the id by which the fake twitter account got created & who are the other people in the loop of this id. In addition to tracking id, many other details of the usage of the phone will be before you.

So better make a choice for spy software if you are keeping doubts in some relations of yours.