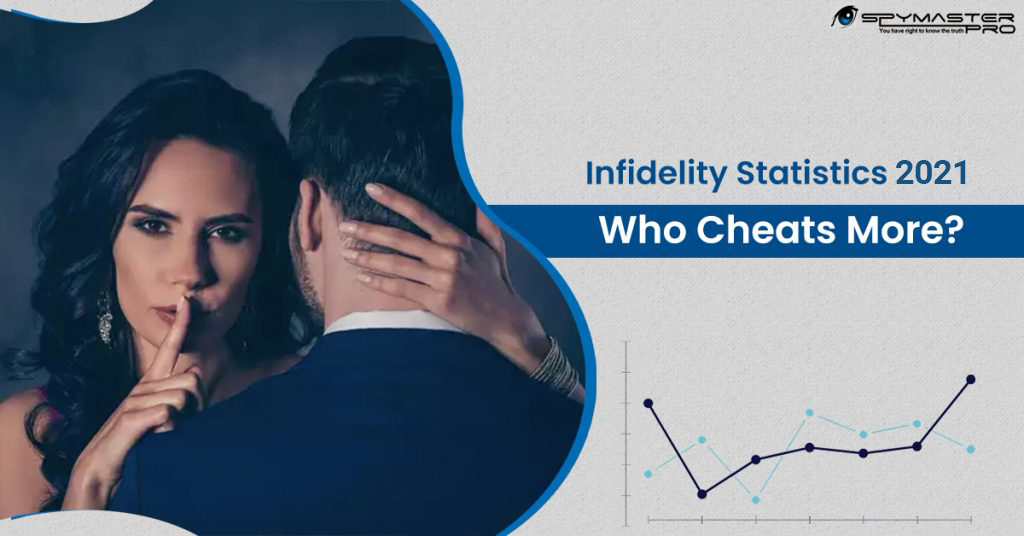 
Relationships require you to put in a lot of time and effort. They are complicated. So, when you find out that the person you adore may be cheating on you, it sucks big time. Infidelity is on the rise in the modern-day world. We all know at least one person who has undergone this or may have cheated on someone. Therefore, if you are going through something that is the same, know that you are not alone.

As per some statistics, as many as 40% of relationships and 25% of marriages experience at least one event of infidelity. Further, some other American relationship journal also states that nearly 70% of all couples over there engage in some kind of affair during their marital life. In a world where an annulment is so easy, these numbers are undoubtedly astonishing. In between all this, a bigger question that arises about infidelity statistics is who cheats more?

To know about it, let us have a closer look at some of the infidelity statistics and trends.

A Look Back Into The Previous Year’s Infidelity Statistics

To learn more about infidelity statistics, let us get started by comparing the difference between 2020 and 2021. Well, there isn’t much. The results show that for both these years, men cheated more. Nearly 20% of married men admitted to doing so while this percentage for women was 13%.

As per some sources, this has been a fact for over 20 years now. However, infidelity amongst women has surely increased over these years. This change is as huge as 40%. Yes, men cheat more. But in the internet-driven world, a large number of women cheat too. So, just blaming the male population would be biased.

Other things aside, the main reason that has led to this change is the advent of social media and instant messaging applications. These have given an easy environment for cheaters. They can now stay in touch with the other person without letting their partner know about it.

You might have heard people confess – “He/she was cheating on me, and I had no idea.” It is all due to the ease that technology has given. The things that are plainly meant for our comfort are being misused by people to cheat on others.

So, if you hear someone around you saying that they use a cheating wife tracker to monitor their wife, do not be surprised. The use of cell phone surveillance devices is a common occurrence now.

Infidelity Demographics in the USA

Now, to know more about the infidelity statistics, let us have a look at the demographics in the USA:

For years, men have been undergoing the brunt of cheating in a marriage or relationship. However, it is clearly seen that the pattern for this tends to change. Here are some statistics you must see:

Americans aged between 18 and 24

Another study shows that 11% of married women between the age of 18 to 29 are guilty of infidelity, whereas the percentage for males, in this case, is only 10%.

It was a popular belief that those with higher education cheat less. But this is a myth. The numbers show that the number between these and those who have never been to college is 16% vs. 15% – not a very big difference, right?

Politics and cheating are not really related. However, the numbers show that nearly 18% of those defining themselves as Democrats have admitted to infidelity and adultery.

Further, the same goes for religion when it comes to infidelity statistics. Usually, those who attend church once or less a year are more likely to be unfaithful. However, there is no clear proof of this fact.

Strangely, the family background of people also is a deciding factor in the case of infidelity statistics. As per polls and surveys, people who grow up in intact families cheat less as compared to those who stay with divorced parents.

A look at the infidelity numbers shows that 18% of Americans who didn’t grow up with both parents admitted to cheating on their spouse. The number of the ones who grow up in a good environment is 15%.

While all these numbers are sure to amaze you, we never know if these are completely true. Because let’s be honest here. Not everyone will admit to cheating on their partner – not even to the polls and surveys. This brings us to our next point:

How Many People Admit Infidelity?

People lie – it is a common thing. In fact, many are too good at it. Nearly 60% of Americans admit that they cannot go for 10 minutes without it. So, will your partner tell you that he/she has cheated on you? Have a look at this for the answer:

Today the entire world runs online. And this is another thing that will make you concerned about cheating. Infidelity statistics for this show that nearly 8% of men and 3% of women who cheat on their partners, have found someone online to do so. Also, 90% of those who used online platforms for cheating once, developed cybersex addiction.  This led them to start a new affair as soon as their old one ended.

Conclusion – What People Do to Know About Infidelity?

Almost all the people who cheated on their partner or have been cheated upon develop major trust issues. Due to this, a majority of them rely on spy apps. With the infidelity statistics showing such numbers and the lockdown in the picture, the use of cell phone monitoring software has become a necessity. You never know who your spouse may end up talking to online out of their boredom. Spymaster Pro understands this and lends people a helping hand to monitor their spouse in lockdown 2021. This helps them regain their peace of mind and know that their spouse is not cheating on them.