As the Rumors Fly, You can Spy Samsung S8 With Spymaster Pro

With more than a week to go, the buzz and murmur are in the air, as the biggest flagship cellphone unveil of this summer, Samsung S8 has come knocking doors of tech aficionados and lovers in several parts of the world. This smartphone is Samsung’s best shot at redemption, who is guns-down, with its vice-chairman, Jay Y. Lee is facing a trial on the charges of embezzlement and bribing South Korea’s embattled president. Plus, the exploding of Galaxy Note 7 was the biggest disastrous tech story of 2016 hitting the company’s credibility badly.

The Million Dollar Question- Will Samsung S8 live up to its expectations, and help Samsung to reverse its shrinking foothold in the consumer market? Many tech-savvy individuals and the experts in this field is already ranking the Samsung S8 as the “biggest hit” of 2017. Because, of its some features such as power camera, the sleek body with mesmerizing curves, and to mention, a rainbow of color options to choose from.

Is Spying Possible on This Upcoming Flagship Phone?

Much to the delight of concerning parents, men or women, you can spy on Samsung S8; monitor the cell phone activities of your loved one, who is waiting for March the 29th, for Samsung to un-curtain its new smartphone.

There is a lot of junk out there, but Spymaster Pro is a leading name in the spy mobile applications category, for its features: easy to surveillance, you don’t to have to touch the target cell phone to take a look at the stuff your partner or kid is up to, and can locate the person, on whom you’re spying through his targeted cellphone.

The upcoming Samsung smartphone S8 is more of a curse than a blessing for women and men, those who feel their partner is an extramarital affair. As, this smartphone is expected not only to have a powerful front and back camera loaded with a lot of unique features, but has “face recolonization and iris scanning security feature” making it virtually impossible to peep in the world of your partner. But, don’t worry, as this spy on Samsung S8 software will provide you with a holistic view of what being clicked and shared by husband on his target cell phone.

What Can This Commendable Spy Software for Samsung S8 Monitor? 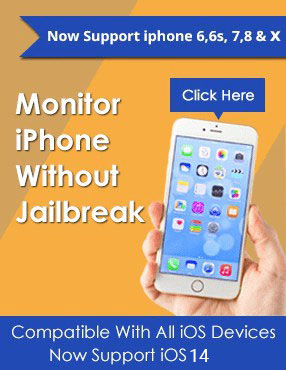