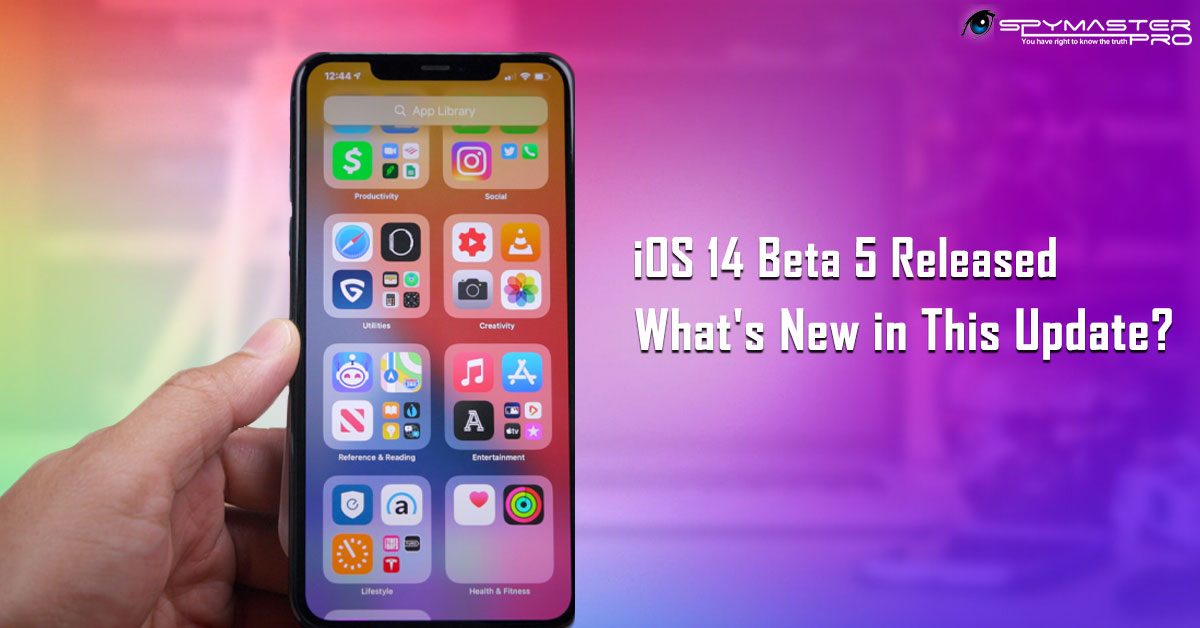 
Apple has recently introduced the fifth developer beta of iOS 14 for testing purposes. This update comes with some updated and refined features that were absent in the earlier versions of iOS. Today, we are about to break down all these notable changes in the update to you. Read on to find what’s new in the iOS 14 Beta 5 release.

iPhone’s beta five does not appear to have much difference overall. However, it does feel better than the previous buggy beta four. Let us start with the widgets. These have received a minor update that includes granular control over location access. This means that these make use of location to be assessed. Further, they have a noticeable large size. However, this is just for the Today View and not for the Home Screen. Further, it is possible to turn on the exposure notifications from the settings now. Let’s have a deeper insight into the changes that are available:

If you have used an iPhone, you might be familiar with the fact that this OS allows users to stash selected photos in an album with the use of the Hide option in the Share sheet. When you place any of your photos in the hidden photo album, you will not be able to view it in the prominent library areas of the iPhone’s Photos app.

Now, in the previous iOS versions, this hidden album could be accessed from the bottom of the albums tab. Therefore, it was relatively easy to discover. However, with iOS 14 beta 5, you can hide this hidden album, as well. Here is how to activate this feature:

Is this change suitable?

The “hide the hidden photos file” feature is a great addition to this iOS version. But many users looking forward to hiding these photos may look for more granular security options like a Face ID or a passcode. Further, parents and spouses may not be particularly happy with this update. It gives kids and cheaters an easy way to hide all that they want to be kept hidden from their parents and spouses, respectively.

So, unless they are familiar with the way the photos can be assessed, this feature may add to the worry of these people wanting to protect their loved ones. One thing that may come to their rescue during such a time is a cell phone spy software, and the Spymaster Pro app can be the best pick for it. Have a quick view of what this software is:

Another change that is quite notable in the iOS 14 Beta 5 version is the re-introduction of the time picker wheel and that too in a hybrid form. Up until now, this feature has abandoned this feature in the iOS 14. This version used the keypad-based direct input for the time settings. However, in beta 5, both these input methods will be available. While the hybrid time picker wheel setup is exciting, the tap targets in its case are a little too small.

The music app is next in the list of the features that have received a significant number of new updates and refinements. For iOS 14 Beta 5, the Now Playing interface can receive faster background color transitions when you skip between different albums or tracks.

Conclusion: Will Spymaster Pro Be Compatible with iOS 14 On Its Release?

The iOS 14 version is all set to be released by Apple this fall 2020. Spymaster Pro is compatible with all the iOS versions available until now and can track them without jailbreak. It will be available for iOS 14, as well. Have a quick view at what all you will be able to track using this iPhone spy software:

Spy on iOS 14 With Spymaster Pro